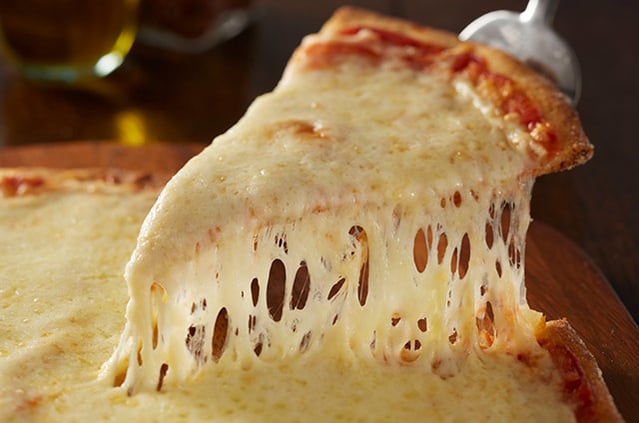 “Mozzarella is consumers’ most-loved cheese, ranking even above cheddar,” says Mike Kostyo, a trendologist at Datassential, who notes that 85% of American consumers say they either “love” or “like” mozzarella cheese. “That’s a huge number for any single ingredient.”

Clearly, consumers have a love affair with mozzarella. But why? Cheese enthusiasts and experts say it boils down to application, versatility, flavor and functionality.

“With a category like mozzarella that’s been around a long time, we’ll often see usage start to decrease over time as new cheeses take its place,” Kostyo says. “But mozzarella has remained steady over the past decade. It makes sense if you think about it: Pizza is consumers’ favorite food overall, so that alone puts mozzarella in a good place.”

Mozzarella is a go-to cheese not only for consumers seeking specific applications like pizza, but also for consumers who are seeking non-specific pantry staples and snacking options. According to Kostyo, mozzarella’s unique taste and attributes make it appealing across a variety of dishes and categories. “It has a neutral flavor profile, so you can use it across the menu,” he says.

Indeed, Datassential reports that consumers consider cheese an important or very important ingredient in pizza (87%), burgers (78%), sandwiches (78%), pasta (69%), and appetizers and sides (65%). Likewise, foodservice operators say their most purchased ready-to-use products featuring cheese are appetizers/sides (42%), desserts (26%), pizza (22%) and sandwiches (21%). “Desserts [use] mostly cream cheese, but in all the other top categories where cheese is used, you can use mozzarella,” Kostyo says.

In the industrial channel, meanwhile, Technomic found that the vast majority (77%) of mozzarella used by food processors in 2018 was for frozen pizza, followed by frozen appetizers/snacks (8%), refrigerated pizza/pizza kits (3%), exported food products (3%) and prepared cheese dips (1%).

Although it’s not their top reason for buying it, mozzarella’s flavor profile is a main driver for 70% of consumers who purchase it, per Datassential.

“Mozzarella is everyone’s go-to cheese because it’s a good foundation,” says Chef Emily Ellyn, a Food Network star, culinary educator and national spokesperson for Frigo® Cheese. “If I want something sweet and creamy that I can add other, bolder flavors into, I’m going to use mozzarella. If I want something savory that can be caramelized and rich, I’m going to use mozzarella to get a crispy, nutty flavor. It just plays well with so many things—including other cheeses.”

Mozzarella’s functional properties are equally complementary, says Saputo Dairy USA Executive Chef and Senior Manager of Culinary & Sensory Nikki Trzeciak. “Mozzarella is the workhorse of the kitchen because it pairs so well with almost any flavor profile—and because it has so many fantastic benefits and qualities,” she explains. “What’s especially awesome about mozzarella is the cheese-pull you get from it, which gives people an emotional connection to it. Everybody loves the experience you have when you get that long string of mozzarella.”

Mozzarella continues to be Americans' favorite cheese variety. Dig into all aspects of this pasta filata cheese, Saputo’s flagship product, by downloading our Stretching for Success white paper.