How Foodservice Operators Can Lean on Cheese to Meet Their Goals

If there’s one thing that people can agree on, it’s cheese. In fact, the average American eats 39 pounds of cheese a year. 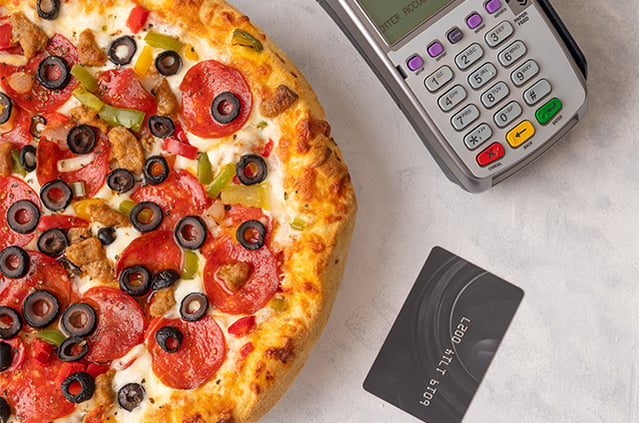 “Consumers love cheese, eat it often, and eat it in almost all types of dishes,” says Marie Molde, account manager and dietitian for Datassential. “It has an almost magical way of making everything it touches taste even better.”

Cheese also drives cravings. According to Datassential Trendologist Mike Kostyo, consumers say they’re more satisfied with a dish when it includes cheese. “Operators can be pretty confident that they aren’t going to have a lot of cheese going to waste,” he says. Indeed, 66% of the operators surveyed for Datassential’s 2020 Cheese and Dairy SNAP! Keynote Report said cheese helps them minimize food waste.

That makes cheese a natural ingredient for operators to draw on to drum up business and meet other operational goals, like managing food costs and customizing their menu. Here’s a look at how.

The runaway reason why people say they eat cheese (43%) is because it tastes great, per Datassential. It’s that simple.

Cheese is also seen as a good value, fairly healthy and comfortably familiar. That value is tied into how satisfied people feel after eating a protein-packed cheese dish, Molde says. “They recognize cheese as not only delicious but filling,” she adds.

Consumers’ love of cheese can be a somewhat double-edged sword for operators, however. Because people adore cheese so much, “it’s everywhere,” Kostyo says. “So operators have to look for ways to stand out.”

Fortunately, most operators recognize cheese’s ability to allow for menu customization (69%) and menu variety (67%). Kostyo encourages operators to follow the data and add premium cheeses like Gouda, fontina and Manchego to the menu. Not only are premium cheeses growing in popularity, but 29% of consumers are also willing to pay more for premium cheese.

Mexican cheeses have become exceedingly popular, so Kostyo encourages operators to “lean on trending options like cotija and queso fresco.” Adds Molde: “High-flavor and spicy cheeses are skyrocketing on appetizer, entree and side menus.”

Consumers aren’t just looking for cheese in the usual places—burgers, pizza and sandwiches—either. According to Datassential, 70% of people say cheese is important for breakfast items; 69% say the same for pasta. Operators can use cheese to play with textures and flavors too. For example, burrata adds a pleasing creaminess to dishes, while Parmesan adds a distinct sharp taste.

But can craveable cheese fall under that health halo? Molde says yes. “Cheese checks the box on a number of top-of-mind-consumer claims, such as protein and calcium,” she says.

At the same time, addressing customers’ sensitives and allergies is a concern for 18% of operators, who worry about how cheese fits in with dairy allergies and intolerances. Though there is a market for low-lactose cheese, Kostyo says, the number of people who avoid lactose in cheese is lower than you might think. Only 6% of consumers told Datassential they avoid eating cheese at home because of allergies or lactose intolerance.

On the plus side, cheese allows operators to embrace the increasingly common gluten-free category on menus, Molde says. Items marked gluten-free jumped 81% on full-service restaurant menus since 2015, according to Datassential’s 2019 The New Healthy SNAP! Keynote Report.

How to Save Some Cheddar When Buying Cheese

Cheese prices and availability have been on a bit of a roller-coaster ride due to COVID-19. Prices plummeted in March and April, only to hit record highs in mid-summer and tilt back toward normalcy by the end of summer.

In addition to concerns about the high food cost/low margins that can be associated with having cheese on the menu (33%), Datassential found that operators also are wary of the fluctuating cost of cheese (26%) and managing cheese inventory/space requirements (21%).

“Operators tell us that price is the most important factor impacting their business right now—above even factors like product availability and shortages, food safety, and on-time delivery,” Kostyo explains. He expects that price fluctuations could continue as COVID-19 cases spike, but “hopefully, as we head into 2021 and see the possibility of a vaccine, we’ll see pricing return to some semblance of normalcy.”

But cheese can also help rein in costs, particularly if it allows operators to purchase less meat, Molde counters. “Cheese usually costs less than meat but can stand on its own in a vegetarian dish or complement a dish that has a smaller portion of animal protein or other expensive ingredients,” she says. “That can help operators manage food cost while also ensuring customers feel satisfied with their meal.”

There’s no question that consumers want cheese in their dishes—and that cheese keeps them coming back for more. To make that work, operators should create signature dishes that revolve around cheese and save money by choosing cheeses that can cross over to dishes both sweet and savory, as well as work up and down the menu from breakfast to dessert.

Looking for the latest news and trends in the cheese industry? Sign up for our monthly e-newsletter.