Women Are Big Cheeses in the Pizza Industry, Any Way You Slice It

In honor of National Pizza Party Day on May 15, we’re celebrating the female pizzaiolos diversifying and elevating the business. 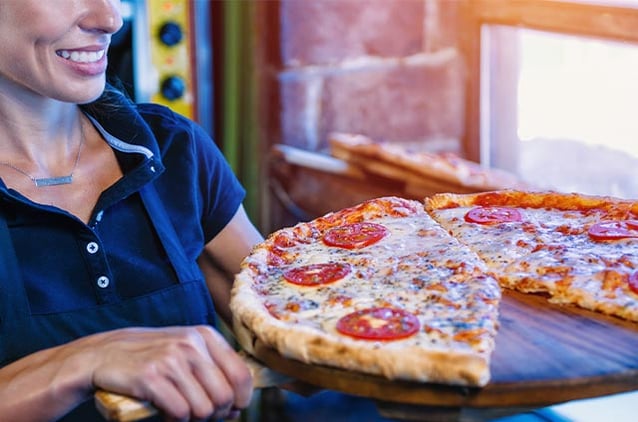 One of Leah Scurto’s fellow pizza makers has a saying: Everyone has a pizza story.

Scurto’s began in a New York-style pizzeria run by family friends in her hometown of Lake Tahoe City, California. One year, on Scurto’s birthday, the owners let her prepare her own pizza. “They said, ‘Now bring it to the oven,’” she recalls. “I immediately dropped it on the floor.”

Although the owners gave her a replacement pie, her real birthday gift was the career she’d eventually forge from that first pizza-making memory. When she landed a job at the Bay Area’s Pizza My Heart chain in college, Scurto was so impressed by its pizzeria atmosphere that she continued working for the company for 22 years.

“One of the managers had a standing invitation to any employee to go to Sunday dinner at his house,” she says. “It was a college town, so a lot of people were there on their own, strapped for cash. He’d barbecue for people. His wife and kids were there. It was a job, but it was also a community.”

Today, Scurto—who has competed in the World Pizza Championship in Italy and took first place at the 2018 United States Pizza Cup—is one of a number of women who are gaining prominence in the pizza industry. Her eponymous restaurant, PizzaLeah, opened in Windsor, California, earlier this year.

Restaurateurs likewise are doing their part to increase that type of visibility. “Before, you would go to a website and you wouldn’t see any women in the kitchen,” says Nicole Russell, owner of Last Dragon Pizza, a web-based pizzeria that ships and offers pickup pies in Queens, New York. “Now, someone is cutting dough; they’re showing a woman working behind the scenes, letting people know we exist and are part of it.”

Because it can help propel pizza makers to excel, forming relationships within the industry is important, says Laura Hansen, co-owner of Minnesota’s Pizza Luce. “You want someone who is in your corner and enthusiastic about your success,” she explains. “I mentor someone; someone mentors me.”

Without a brick-and-mortar location, other industry members were a key source of support for Last Dragon Pizza in its early days. “I had virtual mentors—I was following people for inspiration and would reach out, and they’d give me encouragement,” Russell says. “When I started going to pizza expos, I started connecting with the industry [in person].”

One professional, Nino Coniglio—who owns several pizzerias in New York and was named Pizza Maker of the Year at the 2016 International Pizza Expo—became what Russell refers to as a physical mentor. After they met at an expo, he trained her over a five-month period last year, sharing spiral mixer information, cold-water techniques and other instruction.

“He took me under his wing,” Russell continues. “The pizza community really is a family that will bend over backwards for you—whatever you need. It’s a wonderful experience to be part of it.”

Madisen Saglibene—who’d never made a pizza before launching her Las Vegas mobile catering truck, Pizza Stone’d, last year—found an oven provider to be a similarly invaluable source of information and inspiration.

When she first called importer and manufacturer Mugnaini with a few questions about a potential purchase, the company invited her to visit and tour its wood-fired pizza oven facility in California. When she did, she met founder Andrea Mugnaini; after buying an oven, the company told her she could reach out anytime for assistance.

“I worked with them on my dough recipe,” Saglibene explains. “I would call and say, ‘It’s really heavy, I’m not getting a lot of bubbles,’ or, ‘It’s really sticky,’ and they [would say], ‘You might want to try leaving it out, or doing a bulk ferment.’ They would always offer a couple of alternative solutions.”

Women in established roles within the pizza space can make an impact by helping staff and other industry members succeed—and by demonstrating good leadership, according to Hansen, who looks forward to seeing more women ascend to prominent roles within the industry. “I’m hoping for the day when we no longer have to give pointers on how women can get ahead, when they’re simply recognized for their qualities and strengths,” she says.

Scurto, for one, says she’s encouraged by the growing number of women at pizza competitions. She advises industry members at all career stages to network and connect via trade shows and other venues.

“It’s huge for anybody,” she concludes. “But a big thing for women in the pizza industry is to talk to each other and share ideas and stories—and for people who have been in the industry longer to touch base with younger women who are coming up or just starting out to make sure we’re here for each other, supporting and holding each other up.”