An Italian classic, pizza has long been an American favorite. In fact, 43% of American consumers surveyed by Technomic say they eat it at least once a week.

In recent years, many of these frequent eaters have become “pizza connoisseurs,” with nearly half of them expressing a desire for more variety and authenticity in their pizza. 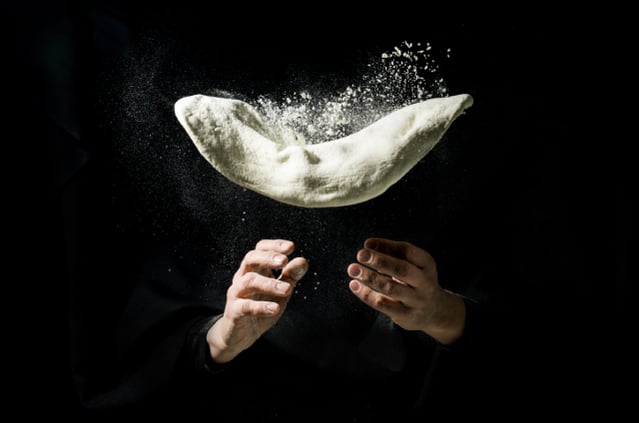 Today’s diners are especially curious about regional pizza styles. In response, the thriving pizza industry is evolving and reinventing itself. Regional pizzas are popping up where you least expect them.

“In the past, people generally stuck to the pizza of their region,” says John Arena, co-founder of Las Vegas-based Metro Pizza. “But today, even in pizza-centric cities, they’re embracing other styles. In New York, Detroit–style pizza is thriving. Massachusetts is home to some great New York–style pizzerias. Chicago has some of the best Neapolitan–style pizza in the world.”

Just when you thought Americans’ appetite for it couldn’t possibly grow bigger, the expansion of regional styles is proving there’s no such thing as too much pizza.

The first pizza believed to have been served in the United States (in the early 20th century) is now recognized as “New York–style” pizza. Prepared with a raised cornicione (outer edge) 18 inches or more in diameter, this round pie features sauce seasoned with Romano cheese and oregano and often finished with basil. The pizza is baked at 525 to 600 degrees, and the resulting thin, triangular slice is crispy but folds easily without cracking.

Other regional pizza styles familiar to many Americans include:

Consumer interest in other regional American and Italian pizza styles that have yet to go mainstream is also on the rise.

Detroit–style pizza, Arena explains, “is baked in a steel pan with sloping sides and assembled in a way that causes cheese to caramelize on the edges, giving it a grilled cheese-like flavor. It generally features a combination of mozzarella and brick cheese.” When it emerges from the oven, he continues, “it’s finished with stripes of tomato sauce, giving the pie its ‘Red Top’ nickname.”

Roman-style pizza is long—up to a meter in length—and has a thick, soft and airy crust. It’s known for creative toppings such as potato and eggplant, is cut with scissors, and is sold by weight instead of by slice.

Operators also need to consider their staffing, as some styles are more labor-intensive than others—and require more skill. Neapolitan pizza, for example, hails from Naples, Italy, and is considered “the original pizza,” Arena explains. But it’s also rigidly protected by Italian regulators, who only allow pizza to be called “Neapolitan” if it features specific ingredients and is made with specific equipment and techniques.

True Neapolitan pizza “must be made with [Italian-milled] ‘00’ flour and San Marzano tomatoes, seasoned only with salt, and use fresh mozzarella cheese,” he says. “The dough must be extended by hand using a very specific technique. And it’s baked in a domed Neapolitan oven at 900 degrees for no more than 90 seconds.”

When introducing a new, regional pizza to your customers, promote the ingredients, equipment and techniques used to create it. Because today’s consumers value quality, be transparent about your ingredients and how they were sourced. If ingredients were shipped from Italy or the flour was milled onsite, for example, note it.

Offer tastings, listen to people’s responses and refine your recipe as needed. Generate even more interest by bringing food critics and self-described foodies in to try your new regional pizza, and try to get local TV and radio stations to sample your pizza on the air. Consider taking small samples around to local businesses, and leave behind takeout menus. Create buzz on social media with special offers, and promote user-generated content featuring your pizza.

And above all, make sure you introduce a new type of pizza that you’re passionate about, because your enthusiasm will intrigue others. “People really are interested in new and interesting foods—especially in familiar platforms like pizza,” Rodriguez says. “We are seeing some regional pizza styles doing very well in other places.”

Sign up for our monthly Your Business e-newsletter to stay on top of the latest industry trends.