Like other classic cheeses, Parmesan has been pleasing palates for so long that its popularity can be underappreciated. It’s a mainstay ingredient across the restaurant industry—everything from casual to midscale to fine dining—and for good reason. Roughly 8 in 10 consumers say they like or love it (only mozzarella and cheddar are more popular), and 69% say they eat Parmesan at least once a month, according to Datassential research. 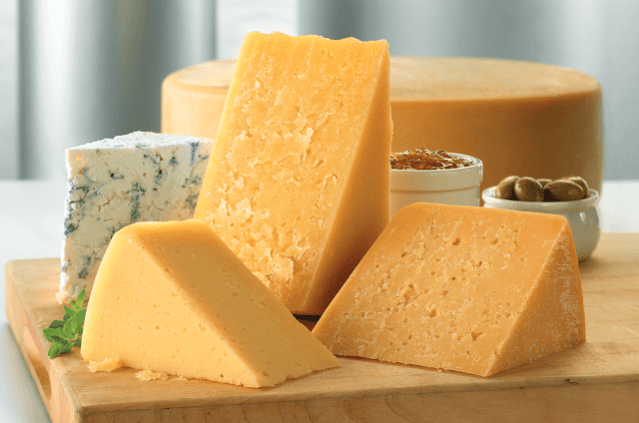 Parmesan has proved to be one of the dairy category’s most versatile cheeses, topping or folding into everything from entrees and sandwiches to apps and salads to, of course, pizza and pasta. Unlocking its potential is even easier if you know a bit about how it’s made and how it cooks.

Centuries in the Making

Understanding the difference between Parmesan and Parmigiano-Reggiano is a good place to start. Both types of hard cheese are made from skimmed or partially skimmed cow’s milk and offer, generally speaking, a savory, complex flavor and granular texture.

Here’s the difference: Parmigiano-Reggiano, like champagne and other European products, has Protected Designation of Origin (PDO) status. (PDOs are designed to protect food, agricultural products and wines “that have the strongest links to the place in which they are made.”) Under EU law, Parmigiano-Reggiano cheese must be produced in select regions of Italy, following laws governing the aging process and cows’ diet (among other things). If you see “Parmigiano-Reggiano” on the rind, it means the cheese was made in Bologna, Mantua, Modena, Reggio Emelia or Parma—the province after which all Parmesan cheese is named.

Parmigiano-Reggiano cheese can only be made with raw cow’s milk produced in the Parma/Reggio region, plus salt and rennet. It must be aged for at least 12 months; the variety’s most complex nutty flavors are more likely to emerge after 24 or 30 months, however. Italians are justifiably proud of this cheese, which they’ve been producing for at least 800 years!

“Parmesan” is the English translation of Parmigiano-Reggiano. But in the United States, the difference is more than linguistic. There’s no strict regulation of the variety here—a Parmesan could be of Italian origin, but it’s more likely to have been produced elsewhere. (For example, Saputo’s Stella® Parmesan Cheese is aged for 10 months and made in Wisconsin.) And unlike Parmigiano-Reggiano, Parmesan cheeses are generally produced using a bacterial culture.

Both varieties deliver an array of nutritional benefits that can boost overall health: They’re free of carbs and lactose (because lactose from the milk ages into lactic acid), a great source of protein, and low in fat (because they’re made with skimmed milk).

Much More Than a Pasta Topping

Parmesan is commonly associated with pasta dishes—most diners have enjoyed the cheese grated on top of spaghetti or lasagna at some point. But operators have found increasingly creative ways to use the ingredient in ways that surprise and delight guests.

Perhaps not surprisingly, Italian chefs are a terrific source of inspiration. This coffee and Parmesan risotto from Christian and Manuel Costardi (a.k.a., the Costardi Brothers) features Parmesan cream made slowly over low heat to prevent burning. For a left-field pasta dish, consider Gennaro Esposito’s spaghetti with anchovy sauce, walnut pesto and scabbardfish. Chef Esposito coats the scabbardfish in a Parmesan-based breading before frying it and tops the dish with chopped walnuts rather than grated cheese.

For a more traditional approach, borrow a page from the playbook of Michele Casadei Massari, founder and executive chef for New York City-based Lucciola. His go-to dish using Parmigiano-Reggiano is spaghetti pomodoro, which features a sauce comprised of tomato passata, olive oil, Parm-Regg and a touch of salt. The key, he said, is to add the cheese just before plating, lest it stick to the bottom of the pan.

Massari also encourages chefs to do the unexpected by putting Parmesan front and center in appetizers—whether on a cheese plate or paired with nuts or jam. “When I really want to get someone’s attention, I pair it with toasted seaweed,” he told Culture magazine last fall. “Parmigiano-Reggiano is umami itself. It contains everything.”

Because it’s both highly popular and often pigeonholed (as a pasta topper), Parmesan offers operators great creative opportunities. Keep these pointers in mind when considering how to bring this storied cheese to your menu:

Parmesan has a rich history and tons of creative potential. As one of consumers’ most-loved cheeses, Parmesan’s sure to delight—however it’s used.